About The Lamoille Stories II

A wholly new collection of Lamoille Stories from Vermont author, Bill Schubart. Many of the original characters in the 2008 edition like Jeeter, Pete, Theron and Lila are back in this new set of stories.

Hiding his beer from his wife, Willy discovers that if he buries a 12 oz. bottle of Old Fitzgerald beer in the woods, in time it’ll grow into a quart. Auctioneer, Art Messier, comes unhinged when, at the end of his auction, his nemesis Pete and his boys bid up the value on an end-lot box of junk. David unwillingly discovers the mysteries of the female sex when he loses his VW keys. Eugenie raises pigs, but ever since childhood has dreaded the chaos of slaughter, until she cooks up the ultimate anesthetic send-off for her pets. After 60 years of marriage, Theron’s wife Lila succumbs to diabetes on their farm. Theron defies local funeral traditions and, with the help of his friend Dr. Phil, lays Lila to her final rest. 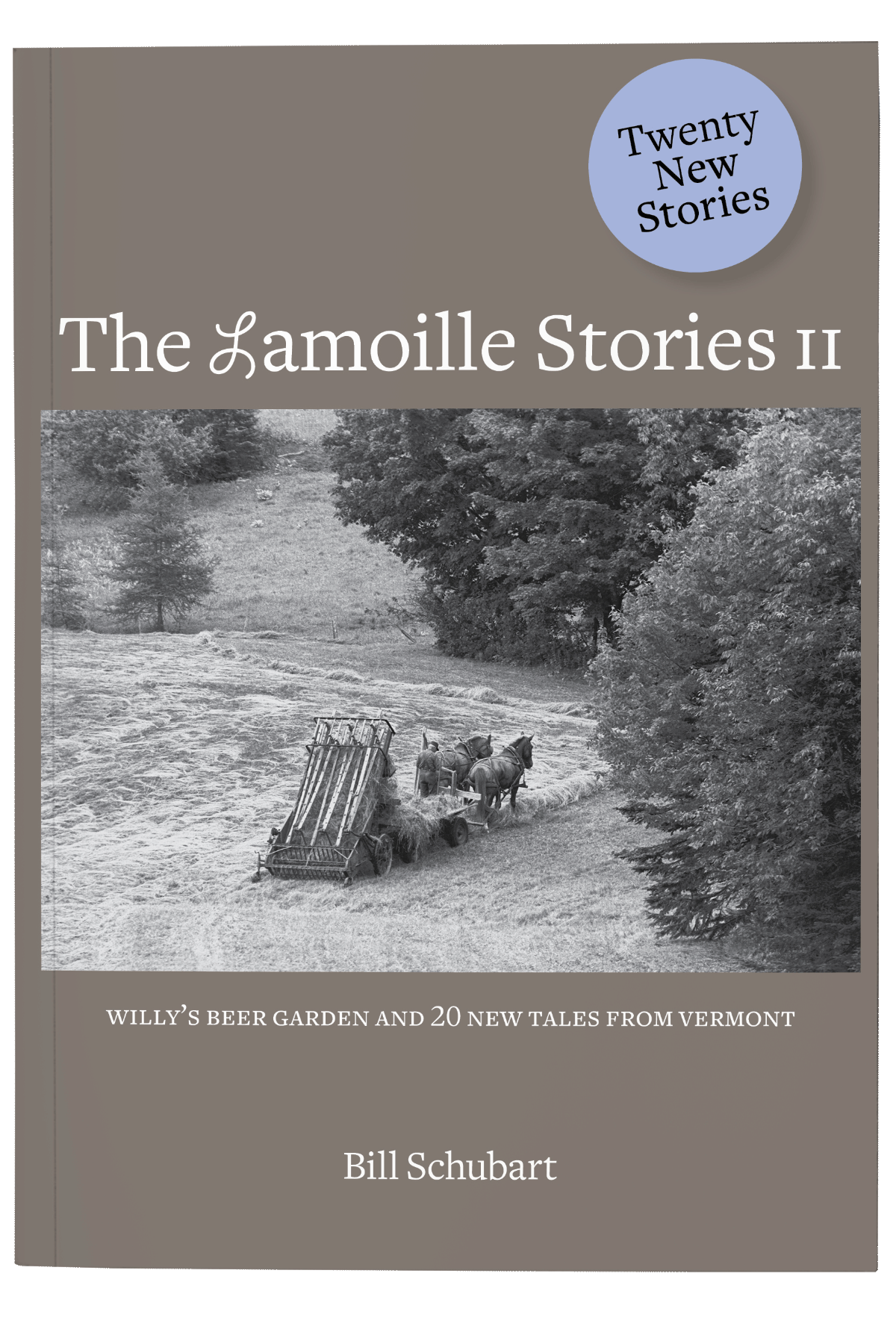 “Neither the postcard image of Vermont nor the Norman Rockwell version fits the fiction of Bill Schubart. His spot-on authentic folk tales of small town pranksters and tough cases, drunkards and darlings, swerve from comedy to heartbreak like a winding back road. Ultimately, like the old man hand-digging the grave of his wife of 70 years, these stories possess a kindness, wisdom and dignity that make them well worth the read.”

- Stephen Kiernan, author of The Curiosity and Last Rights