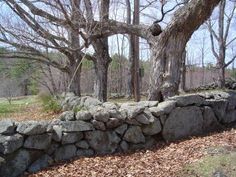 The incursion of private-equity investors(PE) into nonprofit healthcare, journalism, and corrections is doing untold societal and economic damage in the service of high-speed profiteering.

Private equity investors, usually limited partnerships, seek the right mix of equity and debt and typically buy and restructure companies that are not publicly traded. With few regulatory barriers or constraints, they’re increasingly seeking opportunity in the nonprofit sector, giving them the opportunity to harvest monetary value from taxpayer-funded government resources like Medicare, Medicaid, and Social Security.

Vermont (and the nation) have three economic sectors:

Because of a longstanding ambiguity about whether healthcare in Vermont is a business or a public good, we’re increasingly seeing the damage wrought by private equity buying into residential-care facilities and nursing homes  ̶  many of which are largely funded by insurance and federal agencies  ̶   and also acquiring Medicare Advantage insurance plans and then altering premium costs, copays, and coverage to enhance profit.

Although most hospitals and federally qualified health centers(FQHCs) are legally nonprofits in Vermont, to the extent that hospitals have been regulated at all they’re pretty much free to function as businesses. Budgets, rate approvals, and “certificates of public good” have not been issued with reference to an articulated goal of “population health” in Vermont.

“Nursing homes acquired by private equity companies saw an increase in emergency room visits and hospitalizations among long-stay residents and an uptick in Medicare costs, according to a new study from Weill Cornell Medicine investigators. The findings, published Nov. 19 in JAMA Health Forum, suggest that quality of care declined when private equity firms took over the facilities.

“Our findings indicate that private equity firm-owned facilities offer lower quality long-term care,” said Dr. Mark Unruh, an associate professor of population health science at Weill Cornell Medicine. “These residents are among the most vulnerable in our health care system and a lack of transparency in ownership makes it difficult to identify facilities with private equity ownership, which consumers may be interested in knowing.”

“As Americans are overwhelmed with medical bills, patient financing is now a multibillion-dollar business, with private equity and big banks lined up to cash in when patients and their families can’t pay for care. By one estimate from research firm IBISWorld, profit margins top 29% in the patient financing industry, seven times what is considered a solid hospital margin.

Hospitals and other providers, which historically put their patients in interest-free payment plans, have welcomed the financing, signing contracts with lenders and enrolling patients in financing plans with rosy promises about convenient bills and easy payments.”

Started by Dame Cicely Saunders in London in 1967, the modern hospice movement began as a social mission to enable a dignified and supportive end-of-life experience. It’s long been a staple of any healthcare system and in Vermont existed as a free-standing nonprofit, The Visiting Nurse Association(VNA) until it was absorbed into the UVM Health Network(UVMHN) in 2017. Recent staffing challenges at UVMHN have since prompted an end to care for people with mobility impairments and care management functions.

“It began as a visionary notion  ̶  that patients could die with dignity at home. Now it’s a twenty-two-billion-dollar industry plagued by exploitation.”

“Newly released federal audits reveal widespread overcharges and other errors in payments to Medicare Advantage health plans for seniors, with some plans overbilling the government more than $1,000 per patient a year on average.”

The ambiguity about whether healthcare in Vermont is a business or a mission-driven enterprise has made it ripe for the picking by PE investors seeking short-term profits. The basis of nonprofit entities is social mission not profit. When PE takes a stake in a social-service entity, the goals of profit vs. mission collide.

Unlike healthcare, where the goal is to wring quick profits from the taxpayer-supported resources of federal programs supporting healthcare  ̶  or, as a cynical friend put it, “to suckle at the federal teat”  ̶   the goals in journalism are a mixture of profit, where available, and politics. Of the two, I would suggest that right-wing political goals are more the motivating factor.

There is reason enough to worry about PE and giant media companies snapping up local and hyperlocal print and broadcast news. The goal seems to be to wring out editorial and local infrastructure costs and then feed syndicated content into what is left.

In the business sector, the free-market profit incentive reigns and will continue to do so. But it is within our power to limit what they do in the nonprofit sector and we should do so if we are to preserve the concept of mission investment in social wellbeing, especially given the rise in conservative rhetoric:

The steady decline of local newsprint and broadcast organizations is a severe threat to democracy in and of itself, as I have written. Whereas the emergence of nonprofit journalism is a bright note these days and PE should not be allowed to co-opt it.

The criminal-justice system, from the courts to corrections, is a prime responsibility of government. But the business camel’s nose has long been under the tent here as well, sniffing profits from a taxpayer-funded system.

President Biden vowed to close private federal prisons in 2021, but has been unable to deliver on his promise.

A new and corrosive element which we do not have in Vermont are “concierge prisons,” private jails for the elite offender offering a high level of daily service, individual meals, wifi, family visits etc., all at a cost to the jailed person of about $130 a day.

Still it is wholly appropriate for the government sector to allow and welcome partnerships in the for-profit and nonprofit communities when they contribute to decarceration and lower recidivism rates as with many on-the-job training and internships.

Vermont’s nonprofit sector is rich with educational and social opportunities inside prisons such as Writing Inside, Children’s Literacy Foundation(CLIF), Liberal Arts In Prison(LAPP), Mercy Connections Mentoring,  Step Out VT,  and Community College of Vermont(CCV) classes. All are vibrant examples of productive collaborations between the nonprofit sector and a government institution.

If we are to preserve and support the different goals of our three sectors  ̶   business, mission and government  ̶   we must be clear about the boundaries of each. We must regulate and appropriately tax the business sector to support government institutions. We must be clear about what’s business and what’s a nonprofit mission-driven enterprise. And we must establish clear boundaries.

To that end, I would propose in the upcoming biennium that the Vermont legislature pass the following law:

Really good idea, Unfortunately, Leg. Counsel has deemed such a statute untenable. More to come. Let’s reune in the New Year.
Best to you.