Happy Birthday Vermont Council on World Affairs ! You are the gift. 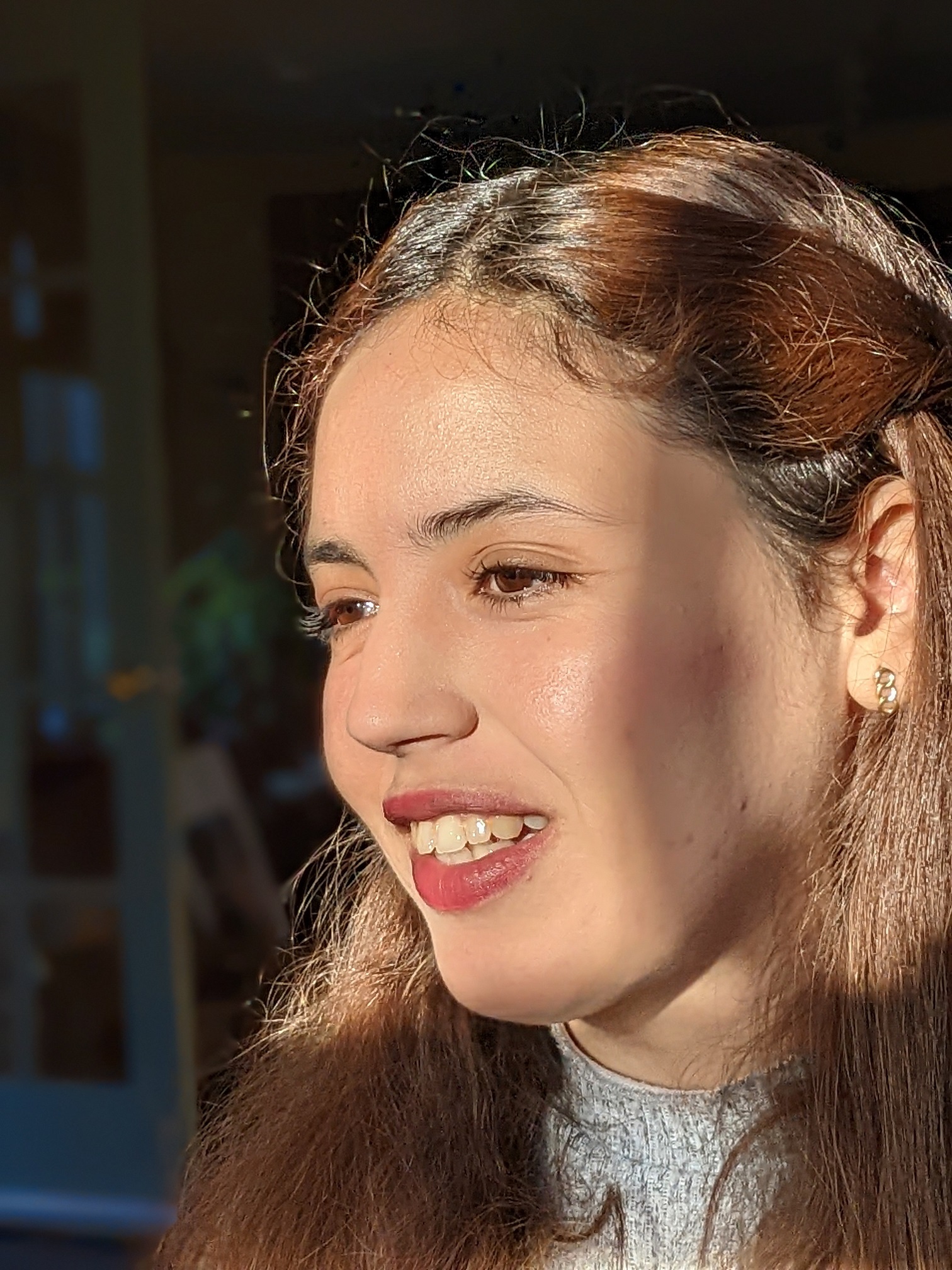 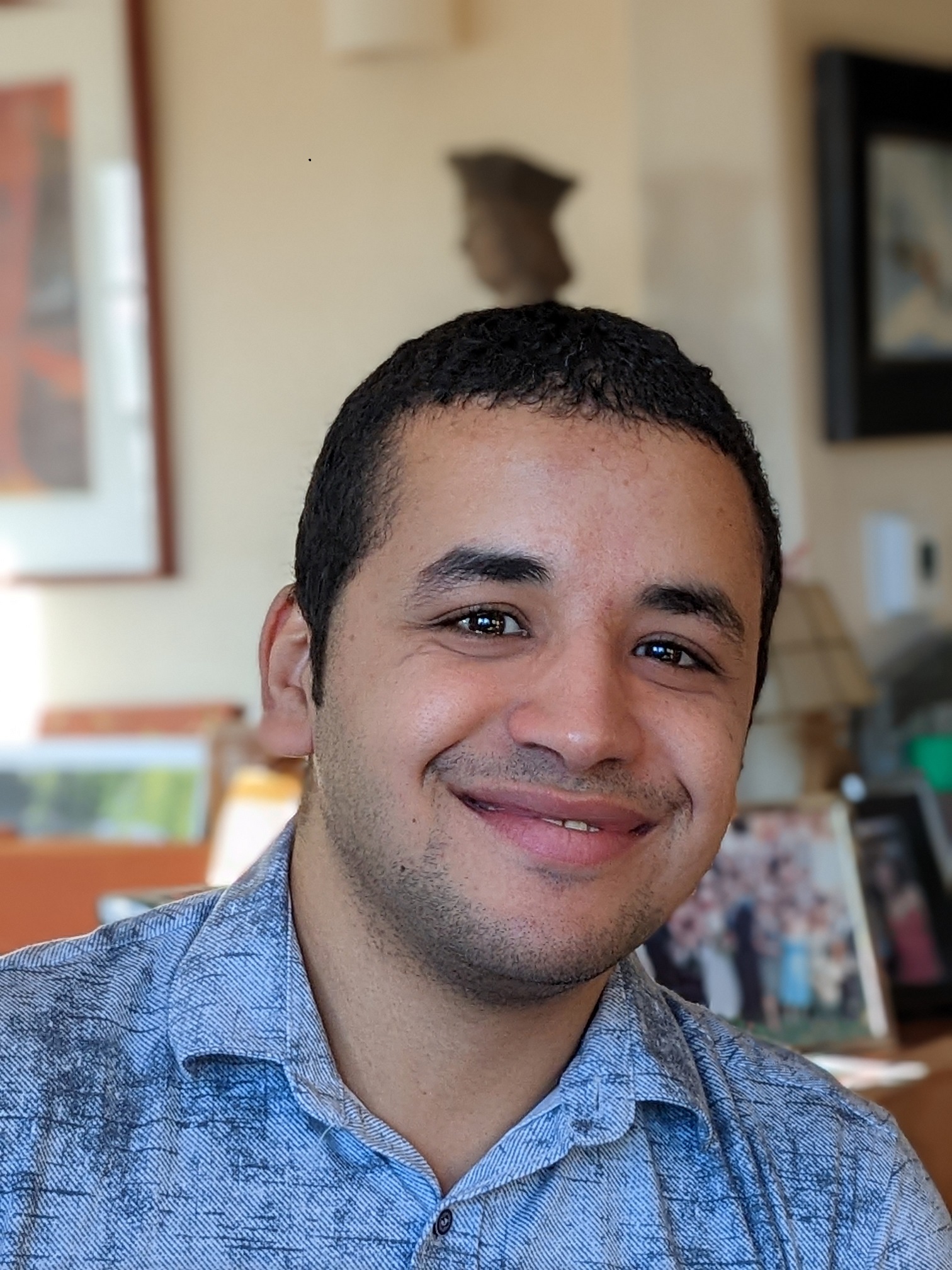 The Vermont Council on World Affairs (VCWA) is celebrating its 70th Anniversary this month and there is much to celebrate. In the last week of October, as members, we hosted two visitors, Radouane Bousnane from Algiers, Algeria, and Maryem Guaali from Casablanca, Morocco. They came to Burlington to be part of VCWA’s international exploration A Just Transition to a Green Economy.

Maryem is a middle-school teacher, a doctoral candidate at University Hassan II and a member of The Junior Chamber International, whose motto is “Service to Humanity is the Best Work of Life.”

Radouane works for the Bureau de Conseil et Organization des Séminaires (BCOS) which trains and advises young Algerian entrepreneurs, provides mentoring and networking opportunities and offers support in their effort to start and build a company.

Both young people do so with a strong environmental consciousness and each has become an enduring friend, as have others from around the world we’ve hosted and come to know through VCWA. We have stayed in touch with visitors from Russia, Azerbaijan, North Macedonia, and Iraq.

Growing up in a Vermont-Quebecois family, the Coutures, of Lamoille County, our idea of diversity was Irish, Italian, and Quebecois. We thought White Anglo-Saxon Protestants (WSPS) were indigenous Vermonters. We’d never seen people of color or native peoples. Grammie Couture remembered the KKK riding through Morrisville and the silent film “Birth of a Nation” playing with a local piano player at the Bijou Theater.

Although my biological father was a German Jew (he died before I was born in WWII), I never saw a Jewish person or a person of color except on the rare occasions when I visited my paternal grandmother in New York City. I’ve since traveled the world extensively and my goal has been to become a citizen of the world, as they say.

Since we joined many years ago, VCWA has brought the world to our home and we’re much the richer for it. We’ve learned much from every international guest we’ve hosted.

One evening at dinner with Radouane and Maryem, we were discussing class and the increasing polarity of wealth in America, as well as elsewhere in the world. We asked how class manifests itself in their countries, assuming it would be very much the same.

Maryem and Radouane took the time to explain to us how different the concept of wealth is in Islamic culture and how wealth is considered a finite and commonly held asset, although its distribution at any given point in time may vary.

They acknowledged differences in wealth, but said that such differences were not flaunted as they are in many cultures.  It’s understood that wealth is a common asset and there’s a commensurate obligation to share it. So our Western idea of philanthropy and of noblesse oblige is irrelevant in their culture.

The facades of houses in a neighborhood are deliberately designed to be plain and indistinguishable from each other, though there will be differences when one steps inside. Citizens dress the same in public to diminish any perception that anyone is better or richer than his or her neighbor. People donate a fixed portion of their income to community members in need. The wealthier fund mosques, drinking fountains, hospitals, schools, and other institutions, both as a moral obligation and with the understanding that they are the stewards of wealth not its owners. As such, the recipient of a gift or Zakat need not feel an obligation to the giver. Nor does the giver take pride in his or her gift, as it is expected and is the third Pillar of Islam.

Ghardaia is a big city in Algeria’s desert containing about seven small villages.

The Mozabite civilization has existed for more than 1000 years. The language in Ghardaia is Mozabite and differs from the one spoken in Algeria generally. The city was built to conform to the rocky nature of the region and contains whatever the city needs, like mosques, markets, graves etc. There is a tourist instruction at the gate of every village, advising that sunglasses, short pants or skirts and smoking are all forbidden inside.

Downtown buildings are all similar in height and architecture, the houses’ windows are small and have no balconies because it’s considered an injustice to the neighbors. The area of each house is 100 meters including two floors, a basement and upstairs. The one thing distinguishing Mozabite houses is all are about 10 cm higher than the street to protect against rainwater, dust, and harmful insects. There is a serpentine entrance in every house like a barrier, which prevents people from looking inside the house and the doors remain open all morning.

Inside this coherent society, you can’t see homeless or unemployed people or beggars. Social evils are almost non-existent. It’s a society characterized by synergy, brotherhood, collaboration and preserving religion. All because of the “Azzaba system,” which represents the spiritual authority of the city that oversees all economic, religious, and social matters.

The members of the “Azzaba system” are chosen by specific conditions. The person can be followed up for a full year to see whether he’s suitable to join the system or not. The system regulates wedding arrangements and expenses and doesn’t tolerate bragging in front of people, so feast costs are reasonable and party spaces are free in order to encourage people to get married at an early age.

Inside the city, men wear similar clothes, special pants, a shirt, and a white hat. Women wear a similar white tissue that covers all their bodies except one eye to see the way ahead. Simplicity is everywhere in the Mozabite region.

The rules that govern society and commerce are passed down from generation to generation. The Algerian government allows the Mozabite community to practice their special system freely and does not interfere in their affairs.

As a Moroccan who grew up watching American movies, I’ve always been a fan of the American culture that portrays and values diversity and America’s opportunities for everyone to learn and succeed.

I was accepted into the U.S. State Department’s social entrepreneurship exchange program during October. It was such an opportunity for me to discover firsthand the culture that so fascinated me. My stay was a life-changing experience.

I was placed in Vermont, an unknown state for me. I was a little anxious back home about where I was going, as I had no idea about Vermont, but it turned out to be the best thing that could happen to me. Experiencing Vermont in the fall was magical. Being surrounded by nature, seeing all the colors in the trees was a unique experience.

My month stay in Burlington was a beautiful escape for me from Casablanca’s big city vibe. I experienced the welcoming and kindness of people. Everyone greeted me warmly with a smile, and it was easy to engage in conversation with people and talk with them. They were ready to help whenever I needed them. I had always thought Americans were too serious and I learned otherwise.

As the days went on, I had a chance to explore some Vermont activities like biking, apple-picking, tasting maple syrup and apple cider. I really enjoyed the food in Vermont as it is mostly healthy from farm-to-table.

On the professional side, as a social worker I learned a lot from my host organization colleagues. I saw the hard work they do to serve youth and families and to offer them better choices and chances in life. I shared with my coworkers our ways of doing similar work in Morocco and helped design some workshops. I also learned new ways to resolve problems and manage projects.

I also appreciated my homestay with Kate and Bill who offered a warm stay at their beautiful house. We had many meaningful discussions and exchanges about our cultures and religions. I was happily surprised with their love for Morocco  where they had spent time, and their having brought back some of our traditional customs.

I really appreciate this opportunity and want to thank the State Department and the VCWA team that helped us to have the most beautiful Vermont experience.

During our week together, we learned much from one another about each other’s cultures, common values, and different ways of looking at the world, and, even more important, we know that when we go to Algeria or back to Morocco we have a friend with whom we can visit and who will guide us.

So, Happy Birthday Vermont Council on World Affairs and thank you! You have brought us the gift of friends from around the world and you have brought our world  ̶  for better and for worse  ̶  to their world.