How Vermont’s Media Helps Keep the State Together by Bill McKibben in the New Yorker: A Riposte 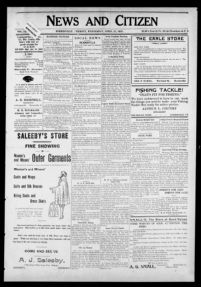 I have great respect for Bill McKibben. His clarity on humankind’s threats to the environment and his ability to draft an army of planet guardians is valuable to us all. But his recent rosy New Yorker portrait of Vermont’s evolving media scene is, sadly, not grounded in reality. His contention that Vermont communities are still served by “serious local journalism” is a dewy-eyed vision, in most cases, at odds with reality.

McKibben rightly portrays a healthy media infrastructure as a key cohesive element of community and rues its national decline into news deserts. Where I differ is his contention that Vermont is an exception.

I grew up in Morrisville, Vermont, from the age of two, arriving in 1947. We relied on the News and Citizen, published by the Limoge family for decades and now owned by Vermont Community Newspaper Group, which has acquired four other local papers. The News and Citizen had a network of community stringers in nearby Eden, Elmore, Hyde Park, and Wolcott who kept the paper filled with hyperlocal items of interest. The stringer from Elmore ended all her columns, “And fun was had by all.” That was then.

McKibben builds his case on the stature of VTDigger, SevenDaysVT, Vermont Public, WDEV/Radio Vermont, and his local Addison Independent, a surviving exemplar of a local newspaper.

He does not mention the steady demise or sale to private equity roll-ups of local and regional papers and broadcasters that has undermined Vermont’s media landscape for several decades but has been most destructive in the last few years.

The Rutland Herald of Vermont’s third largest city was a flag-ship owned for decades by the Mitchell family. It challenged the stature of the then-independent Burlington Free Press of Vermont largest city. The Herald, along with its sister paper the Barre-Montpelier Times Argus, is now owned by Brunswick Publishing in Maine.

Nor does McKibben mention the recent sale of Emerson Lynn’s Saint Albans Messenger to O’Rourke Media Group which has rolled up 24 local papers nationally, including Vermont’s Colchester Sun, the Essex Reporter, and the Milton Independent.

A local investor, Paul Belogour of Guilford dba Vermont News and Media LLC, has bought three Vermont regionals: the Bennington Banner, the Brattleboro Reformer and the Manchester Journal. The jury is still out on his goal and intent for the acquisition. One hopes he is a supporter of robust local journalism.

As McKibben mentions, there are bright spots in Vermont’s local media constellation. The St Johnsbury Caledonian Record is still owned by the local Smith family and the Valley News continues to thrive under local ownership, serving the northern Connecticut River valley. The Herald, covering the White River Valley from Randolph is still locally owned and managed. The Barton Chronicle is employee-owned, and an employee just bought his former employer’s Bradford Journal Opinion. The Commons, a recent but established nonprofit in  Brattleboro, is serving the Southeast in print and online. The Winooski News, part of the Reporting and Documentary Storytelling Project and UVM’s Center for Community News, is published in eight languages, reflecting the fact that Winooski is the most diverse community in Vermont.

But most of McKibben’s praise is focused on Anne Galloway, the founder and former president of VTDigger. VTDigger has shown extraordinary promise as a non-profit, online newspaper modeled after Paul Bass’s New Haven Independent and the Texas Tribune.

In its early stages, the paper attracted a number of veteran Vermont journalists. But McKibben fails to mention that in May of this year, Galloway stepped down as the Executive Director of VTDigger. Her departure was preceded by a successful unionizing effort.

Today, with the exception of senior editor and interim executive director Jim Welch, managing editor Paul Heintz, deputy managing editor Maggie Cassidy, senior editors Tom Kearney and Diane Derby, veteran reporters Kevin O’Connor and Alan Keays, and several others, most of the staff are relatively new recruits. (Full disclosure, I and my wife Kate Robinson, who also wrote for Digger were co-founders, along with Sam Chauncey, Steve Terry, and Sally Johnson of the Vermont Journalism Trust (VJT) which in 2010 merged with and became the 501©3 holding company for VTDigger.org. I also served as the initial Board chair of VJT dba VTDigger after the merger.) Today, VTDigger’s Board is engaged in a national search for new leadership to shepherd the online news service into the future.

From a journalistic and financial standpoint, SevenDaysVT is probably the healthiest of any of the Vermont print media companies. McKibben’s characterization of their success and import to Vermonters is spot on. Not only does it champion the arts, culture, and food of Vermont, it produces periodic deep-dive investigative pieces that are bold and relevant to Vermonters. But as with other for-profit, controlled-circ., print papers, the escalating cost of printing and the migration of advertising to the Internet has stressed SevenDaysVT’s finances. They have “super readers” who contribute regularly to the paper, but as a for-profit, they can’t extend their donating readers a tax deduction.

Vermont Public, with annual revenue of about $10M and a current asset balance of about $30M, is probably the most financially secure news and entertainment source in Vermont. (Full disclosure: I was a former chair of Vt Public Radio in 2004-6) and a former commentator) The significant asset balance is a function both of their very successful on-air fundraising and the support they have from many Vermonters, as well as their recent auction sale of unused spectrum which added $56M to their holdings.

When I chaired VPR, I made the comment to our board that there are effectively two Vermonts, the Vermont that listens to VPR and the other half that listens to WDEV. They are different yet both vital parts of the culture and heritage of our state. My implication that VPR was not reaching the WDEV audience that I grew up with did not sit well with either trustees or management.  But I believe this is the same today, 15 years later.

Most of the folks I know, many but not all of whom are “privileged” Vermonters, listen to, watch or stream VT Public to access NPR and PBS’s in-depth news and analysis programming or the British royal soaps and mysteries that dominate PBS entertainment. But many are mixed on or disappointed in VT Public’s own news-gathering and analysis.

VT Public(VP) recently announced a $100,000 investment in the “Made Here Fund” to support six to ten Vermont video, audio, or multimedia content developers. Given the reality of production costs for most video and audio content, the significant resources accumulated from its FCC spectrum sales, and the mission of Vermont Public to produce Vermont-relevant content, this investment in curated, local production seems modest.

McKibben says, “…there are deeper legacy operations that may do more to build the state’s high level of social trust, because they cut across economic and cultural lines in profound ways.”

Social trust has been ebbing around the country, but will it really be strengthened by an analysis by VP’s Brave Little State as to whether moose-crossing signs really reduce automobile accidents? This is not a regular topic among the Vermonters I know.

Brave Little State, Vermont Edition, and Vermont This Week make up the lion’s share of VT Public’s dive into the real-life challenges Vermonters face. These do not constitute deep-dive journalism, nor do they contribute much to policy discussions about the real-world challenges Vermonter’s face every day like lack of housing, inflation, environmental pollution, over-incarceration, hunger, and access to healthcare, daycare, or higher ed. These constitute the challenges that too many Vermonters live with.

McKibben saves his greatest reverence for the Squier family’s WDEV/Radio. He accurately portrays its Vermont-connected programming. I grew up listening on my Bakelite Zenith radio to Lloyd Squier, the Hermit of Hunger Mountain, Green Mountain Ballroom, Music to go to the Dump By, the Pony Boys and Trading Post. This was the Vermont I knew as a child. I ‘ve enjoyed a lifelong friendship with and reverence for Ken Squier, even when I chaired the board of his arch-enemy, VPR.

But what McKibben fails to note is that, like so many small Vermont heritage radio stations  ̶   most of which are gone, rolled up into syndication  ̶   WDEV is struggling to survive and could be sold if a concerted effort among fans to explore a sustainable future for WDEV is unsuccessful  ̶  of which I am one.

The dark side of the demise of so many local newspapers, radio and TV stations is that there’s a voracious appetite for them among private-equity groups, many of whom have a clear political agenda. With large print and broadcast media roll-ups, private-equity can gut local editorial and real-estate costs to the minimum and infuse their own news, often with a political agenda.

The Martin family’s WCAX/Channel Three was recently sold to Gray Television owned by the Gray family who owns 180 stations in 113 markets and, not unlike Sinclair Broadcasting, have a decidedly conservative agenda.

The bright side is that there’s robust discussion in Vermont about how to sustain the vital and cohesive value of local and regional journalism. The Annual Journalism Conference at the University of Vermont(UVM) sponsored by UVM’s Center for Community News and the College of Arts and Sciences drew over 85 guests last year to network and explore challenges and solutions to the erosion of local journalism.

At the Journalism Conference last spring, the perennial question of whether to operate as a nonprofit or a for-profit arose and the consensus seemed to be that neither is a panacea, as sustainability depends on the community’s perception of value as expressed either in subscriptions or donations.

To this end, Congressman Peter Welch’s office mentioned a congressional  initiative that would make any and all donations or subscriptions to for-profit or nonprofit news organizations federally tax-deductible in consideration of journalism’s underlying significance to democracy.

Also, there’s significant interest in creating a law that would make it illegal for private-equity groups to acquire Vermont nonprofit media (and healthcare) enterprises.

In spite of all the existential threats to community journalism in Vermont, there’s promise in the fact that the University of Vermont(UVM), Vermont’s land-grant institution, is stepping up and bringing resources to the table.

UVM’s Community News Service pairs student reporters with professional editors providing content to local news organizations at no cost. The Center also finds and documents places around the country where similar programs are in effect. Its greatest value to Vermont, however, is that it harvests and focuses the burgeoning interest among young people in becoming journalists, placing them as interns with mentoring organizations and, in so doing, helps to both shore up media infrastructure and encourage a whole new generation of journalists.

Nationally, there’s an emerging understanding of the importance of local news,  with many regional efforts now collaborating.

Still, it will take time and experience for this eager throng to be annealed into “beat” and experienced investigative reporters who can contribute to the better communities that McKibben portrays.

I wish McKibben’s piece had been closer to the truth about the health of journalism in Vermont today. The roseate New Yorker column missed some of the more serious storm clouds in our state