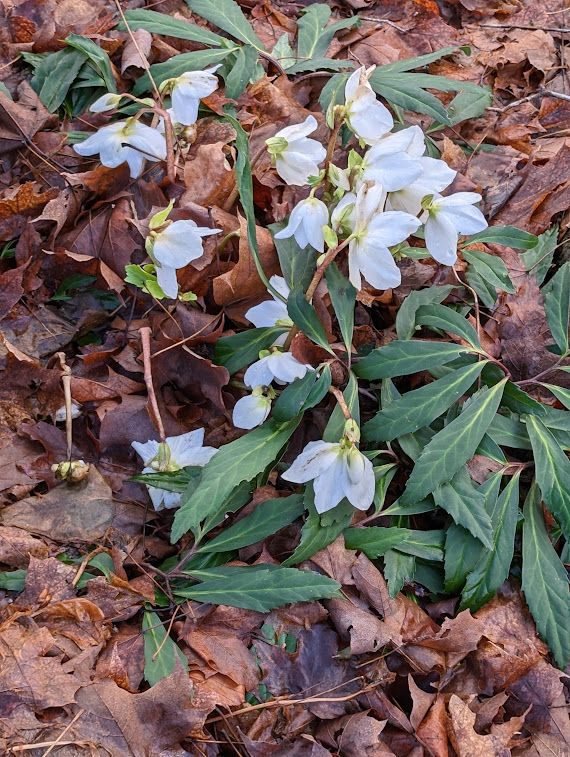 Today is Friday the 13th. Our grass is green. Our pond is melted and flowers are coming up.

In my 75 years in Vermont, I’ve seen the occasional green Christmas, the inevitable January thaw, and have skied the Nosedive in early spring slush. But I’ve never seen a day like today. Is this the new normal or the apocalypse?

Human existence is finite, and the natural world we inhabit – currently about 4.5 billion years old  –  may be as well because of how we treat it.

“We are waging a war against nature… . Humanity has become a weapon of mass extinction, ” U.N. Secretary-General Antonio Guterres recently told delegates to the COP15 biodiversity summit in the opening ceremony in Montreal.

Average human life on earth is about 70 years. (The U.S., most affluent country in the world, ranks 52nd among countries in longevity.) But with scientists predicting the extinction of many species, there are no guarantees that will continue. Currently, 35,000 are under threat and a quarter of the world’s mammals; 1-in-7 bird species; and 40% of amphibians are threatened.

Over the last century and a half, we’ve rapidly accelerated the poisoning of our air, water, and soils with man-made chemicals and pollution, while extraction industries – stone, oil, gas, ores, wood, and water  ̶  further degrade the earth we call home.

As a friend said recently, “Imagine if I took out a credit card in my grandchild’s name and charged trillions of dollars to it. That’s what we’re doing to the planet he or she hopes to survive on. It’s little wonder our young people are angry at us and struggling with mental health issues.”

I’ve travelled in Beijing, New Delhi, and the major European capitals and for health reasons would not choose to live in any of them in spite of their cultural diversity and excitement. For almost all my life, I’ve chosen to live in Vermont’s low density, four-season climate.

But even as a pioneer in environmentalism, Vermont is neither exempt from nor innocent of planetary degradation. Our dying commodity agricultural industry is killing our soils and waterways. Soil used solely to grow corn, alfalfa, triticale, hops, or soy (monocropping) to feed dairy cows or make beer cannot do so without chemical amendment — neonicotinoids, glyphosates, and chemical fertilizers  ̶  all of which remain legal here. I remember from my childhood Dupont’s ubiquitous 1935 slogan, “Better Living Through Chemistry” which today raises the existential question… “Really?”

Our iconic, but struggling, dairy industry persists in reality  ̶  and in myth  ̶  even as diversified, regenerative agriculture is being embraced by more and more young people.

Since my birth in 1945, the number of cattle in Vermont has declined by 40%, but milk production has doubled in the same period due to tripling production per cow. The productive lifespan of a dairy cow is between 2.5 and 4 years, whereas its natural life expectancy is some 20 years. Cows are slaughtered to reduce costs when their productivity ends.

It’s time to revisit the historically recent concept of land “ownership” and consider a “stewardship ethos” instead. The historical novelty of ownership doesn’t appear to be serving our host planet all that well.

Although references to “property” occur as early as Plato’s time, property ownership came to have a legal definition in the 17th century and generally evolved in 18th century England. Private property, defined as property owned by commercial entities, emerged with the great European trading companies like the East India Trading Company, also in the 17th century.

If humans live some 70 years and hope that future generations, including our own, are to do the same or more, we may need to get over the concept of individually or commercially held “property rights” and begin to understand our finite earthly habitation as a “stewardship” with an implicit environmental and ethical obligation to our progeny and succeeding generations.

Underlying the concept of stewardship is the inherently communal nature of nature itself. The recently discovered thousand-year-old Pando Tree in Utah’s Fishlake National Forest covers 108 acres with its single root system.

Aquifers, streams, wind currents, and natural soil erosion don’t recognize boundaries and will freely transfer human damage from one lot to surrounding ones. We are all familiar with the rampant toxic algae blooms threatening water resources in our rivers and lakes, nourished by both chemical and fertilizer agricultural runoff.

Although the concept of legally replacing “ownership” with a “stewardship” legal model may be a pipedream – I can hear the “property rights” adherents bellowing in the distance  ̶  we can as denizens of a shared environment choose to embrace a commonly-agreed-upon, scientifically-derived set of environmental criteria that ensures the land’s ongoing benefit to future “stewards” as well as to the greater community.

Mother nature is angry and is warning the eight billion of us with a steady progression of  catastrophic weather events: alternating floods, droughts, hurricanes, tornadoes, and fires.

Our current dismal environmental track record warns us to imbue our brief residence on this earth with a longer-term vision as our human species metastasizes on earth.

We disregard this warning and the warnings of our young people at considerable risk to ourselves and to future generations. Earth, air, and water have a limited capacity to heal themselves. Perhaps their best means of doing so is to let humanity poison itself to death. We’re making great progress at doing so, as science gradually uncovers the lethal impacts of our industrial food supply system, commodity crop and animal production (beefer farts), ubiquitous chemicals and plastic pollution, unregulated Pharma, and fossil-fuel burning.

In sum, it’s past time to reconsider our relationship with our earthly home. We have a model to emulate  ̶  the historical relationship that indigenous peoples had with their lands. Boundaries were tribal, not personal and subject to constant change. Survival depended more on community than on individual enterprise. Nature was revered as a partner in survival not as an enemy to be subdued. We have much to learn from those who have lived for millennia in harmony with their natural environments.

The Amazon rainforest is a prime example of the clash between acquisitive private property rights and common stewardship by indigenous communities.

Capitalism is with us to stay, but regulated effectively  ̶   balancing the interests of the individual, family, and community  ̶   it remains a sustainable economic system. Up until now, most efforts to replace it have fallen short. But unfettered capitalism, ownership, and wealth accrual will be our downfall and that of humankind. We must simply begin to think differently.

Let’s consider a stewardship ethos and model for our own well-being and for that of our children and their children.