About 30 years ago, I was burned out and needed a break from a 50–60-hour work week. I was seeing a young photographer and, out of the blue, asked her if she wanted to go to India with me. She said she did, and I booked us tickets.

Our schedules didn’t allow us to fly together so she left a week earlier and met me at the airport after 21 hours of flying to New Delhi. We taxied into Delhi and walked the city for 11 hours together from the Red Fort to the Ganges where locals were transporting their dead relatives in wheelbarrows to be immolated and have their ashes dispersed in the Ganges, the principal source of water for the city.

After two days in Delhi, we took the Delhi daily mail to Ajmer to see the Pushkar Camel Fair which brought together camel drovers and Arabian horse lovers from the whole subcontinent to compete and celebrate.

We left very early in the morning, and watched as our train pulled slowly out of the Delhi station. Little boys ran up and down the tracks selling chai in disposable clay pots for a rupee.

We were in a second-class cabin with two benches face-en-face and iron luggage racks above us. The compartment was designed for six occupants. Four hours later when we arrived in Ajmer, there were sixteen people in our cabin sitting with us on the benches, the luggage racks above, and the floor between us. The aisles outside were packed with locals, their children, and chickens in crates. When we disembarked we saw several hundred more people were riding on the roof.

Out the train window we saw many locals headed off into the fields near the tracks with small cans filled with water, others squatting in the tall grass, relieving themselves discreetly.

I asked someone sitting almost in my lap what was happening, and they said they were “performing their morning ablutions.” They explained in detail how Indians with no hygiene facilities took to nature with their cans of water, relieved themselves, and then using a hand to guide the water, poured the water down their backside between their cheeks and guided the water over their anus to flush away any residue.

I had never seen a mass evacuation before and my friend and I were impressed but not surprised, as the $3/night guest houses we stayed in had no facilities, only a bucket of murky water at the foot of our rope bed.

The few facilities we did encounter were either public facilities unchanged in design since the Roman cacatorium filled with human waste or were discrete cubicles with inlaid footprints and a small hole.

One placed one’s feet over the inlays and squatted down presumably above the hole to what lies beneath. The fancier facilities had water spigots near by for cleansing. We saw no facilities in India that offered toilet paper.

When I asked why, I was lectured by a wise native, “It’s disgusting. You Westerners use toilet paper, smudge around your feces, and then think you are observing perfect hygiene. We Indians rinse ourselves with water… much more hygienic.

I never forgot this message. 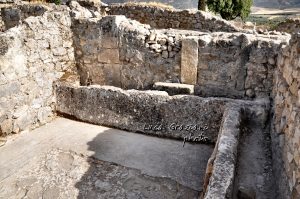 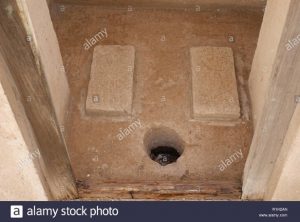 Afterwards, we travelled by bus Agra to see the Taj Mahal, once described inadvertently on a collection of radio bloopers as “the largest erection man has ever had for women in history.”

From there, we took a Tata bus to Jaipur, the city of gems and just walked the beautiful city.

When we returned to Delhi, we took a pedicycle from the station to a modest hotel I had booked for us to relax and get cleaned up before the long flight home.

A pedicycle is a bicycle with a large bench seat welded on the back. I am a man of girth. My companion climbed on board and when I joined here the front of the apparatus lifted into the air, almost catapulting the small Indian driver over our heads. He leaned forward for the trip and regained occasional traction.

A few blocks ahead on a six-lane artery in Delhi, we got trapped between two diesel-belching Tata busses and thought we were going to die.

On my return home, I went to the hardware store and bought three small sink hoses, the kind one finds in a kitchen sink for rinsing dishes. Using a small tee,I plumbed them into the supply line for our toilets to be used for personal hygiene. A roll of toilet paper lasts four months in our house. 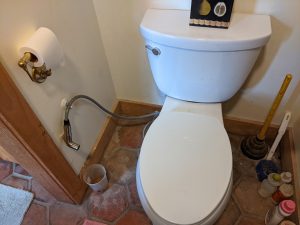 Relative to this disquisition on fecal hygiene, I must add that our encounters with our Silverback relatives in India was most intriguing. We’re all Silverbacks now.