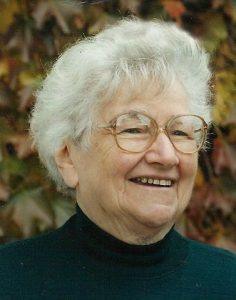 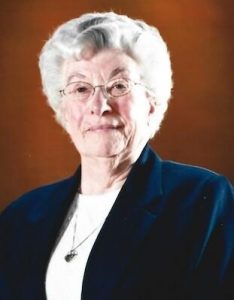 With the recent death of Sister Janice Ryan, I was inundated with memories of an earlier Vermont, my own Catholic upbringing, and the extraordinary impact of nuns on me and on all Vermonters.

Jeanne Mance School of Nursing, Fanny Allen Hospital, Bishop Degoesbriand Hospital, Trinity College, the cloistered Carmelite convent in Williston, Mater Christi School, where my older children went, Rice High School, Christ the King, Sacre Coeur in Newport, where my stepfather attended school, and countless other reminders of the benevolence and good works of Vermont’s large population of Sisters. These institutions and more were started and managed by the various orders whose sole mission was charitable works. Others were started by priests, but often staffed largely by nuns.

There was in all this a commitment to good works and community, seemingly subsumed now in today’s culture of self-obsession, entertainment, and consumerism. Young women facing poor prospects for marriage or, worse, the fear of an abusive one filled with hard work and endless child-bearing, often sought refuge in a convent where they might experience the safety of a sisterhood, but would also have a life filled with good and needful work.

While the male hierarchy of the Church struggles with their own misdeeds, a steep decline in their own numbers and the rise in orthodoxy that puts them at odds with many in their own flock, we can all be grateful for their female counterparts and for their simple, direct works of faith.

So often in life, it is what we do rather than what we say that makes all the difference. Our children become who we are, not who we tell them to be. The exemplary life stands in stark contrast to fire and brimstone preaching, Solomonic judgment, canon law, and rigid orthodoxies.

Throughout the volatile history of the Catholic Church, nuns from many religious communities while suffering the edicts, politics and even retribution of the Church’s male hierarchy, were able to gain spiritual sustenance from helping others in need: raising orphan children, helping young men and woman in trouble find their way back into society, teaching, nursing and caring for the ill or infirm, tending the dying, supporting those in prison, feeding and caring for the poor, in essence, following the words and example of Christ.

There have been many among the sisters who have served Vermonters in government leadership positions, as college heads, or as hospital managers. The Bishop DeGoesbriand and Fanny Allen hospitals were staffed largely by the Hospitallers of St. Joseph. Trinity College, whose early mission was to help young woman off the farm or from factory families become educated and have an economic choice beyond their first proposal of marriage, was staffed largely by the Sisters of Mercy. And always behind these leaders, there were countless nuns whose only residual image might be a gentle smile, the beautiful habits of their particular order, and the countless good works of their sisterhoods of faith.

In the temptation in the desert, Christ rejects the devil’s gifts of mystery, power, and authority in favor of the exemplary life and free will – a lesson not lost on the extraordinary nuns who have woven so much into the fabric of Vermont for 200 years. To simply care for someone without judging them is a great gift.

I remember the mischievous smile of Sister Elizabeth Candon, whom Governor Snelling had the wisdom and leadership savvy to appoint in 2008 as head of the Agency of Human Services(AHS) after her long service as a teacher and president of Trinity College in Burlington. When asked how she reconciled her work in government and her commitment to her order, she answered, “As a Sister of Mercy, I take the usual three vows of poverty, chastity and obedience.  But then we take a fourth vow  ̶  to serve the poor, the sick and those in need. And if you look at the Agency of Human Services, that’s who they serve.”

When I chaired the Board of Fletcher Allen Healthcare (today UVM Health Network) from 2003 to 2007, I often sought the counsel of Sister Irene Duchesneau, a member of the Hospitallers of St, Joseph founded in 1636. “Sister D.” as she invited me to call her, had run the Fanny Allen Hospital prior to its merger into the Fletcher Allen triad. She had also directed the Jeanne Mance School of Nursing. She was an active proponent in the start-ups of COTS, Spectrum and other social service agencies helping the poor and the dispossessed.

Confused about why the new Bishop in town seemed to have the hospital I chaired in his sights, I called her one day seeking help. She called me to her cramped office across from the kitchen in the basement of Fanny Allen. She greeted me warmly and said we would first need to pray together as she guided me up a back stair to the chilly outdoors and into a small garden in the nearby woods with two kneelers and a small shrine. She prayed for wisdom and grace in our decision-making. We returned to her underground office. She smiled and said, “Now, we are ready. The decisions we take will be tempered by humility and divine grace.”

“You have an ob-gyn nurse sending written reports to the Vatican about terminations deemed medically necessary for the health of the mother and the Holy See is putting pressure on the Bishop to see that these procedures are ended.”

I thanked Sister D. for her intel and returned to advise the CEO and Chief Medical Officer about the issue. As I thanked her for her help, she whispered in my ear, “You must know that those of us who know and feel the many sufferings of young women can think beyond the simplistic edicts of the Church.”

I thought about this and its meaning as I returned to my office. Her words have come back to me many times.

We shared lunch a couple of times a year. I miss her beatific smile and her gentle kindness.

Sister Janice, a tireless fighter for women and social justice, was also an early-adopter, and I remember when she got her first cell phone. To her evident pleasure, it often rang during our occasional business meetings together.

She served for 17 years as president of Trinity College and then in 2001, cofounded Mercy Connections. In Washington, Sister Janice directed justice education and interfaith relations for the Justice Project. She worked for Senator Jeffords and directed the Catholic Campaign to Ban Landmines among countless other bold and effective initiatives.

I will always remember her striding, impromptu, to the podium at the first annual Con Hogan Award for an Emerging Leader ceremony and urging the nonplussed crowd to personally consider donating a kidney to Con who needed a transplant at the time.

As priests wrestle with their misdeeds of the past and present against the powerless, these Vermont “women religious” have so enriched the lives of Vermonters of all faiths in ways we shall never forget.